I have been reading about the World Economic Forum since my school days and this year finally got to be a part of the community at Tianjin, China. Department of Industrial Policy and Promotion backed StartupIndia selected 15 startups from India to attend the trip and I was lucky to make the cut.The experience was fascinating. To start with, the government support. People normally think governments as speed breakers. However, in the past few years I have been seeing various governments [central and state] trying hard to push more entrepreneurship. 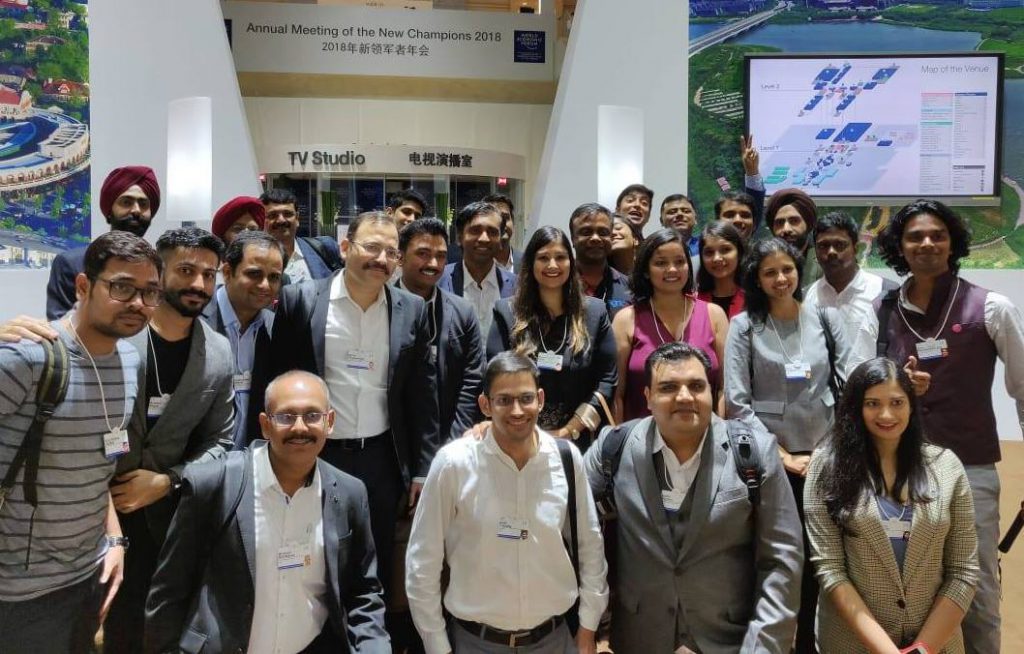 The Indian group at the WEF

We were accompanied by two officials from the Invest India — Mr Guneet Malik and Ms Nayani Nasa — and they both went above and beyond to help us connect with more people. This is the new face of the Indian government. Not just the centre, I see such refreshing attitude across the board. We got to meet Mr. Nara Lokesh, the IT minister of Andhra Pradesh and he brought youth and modernity to his role. 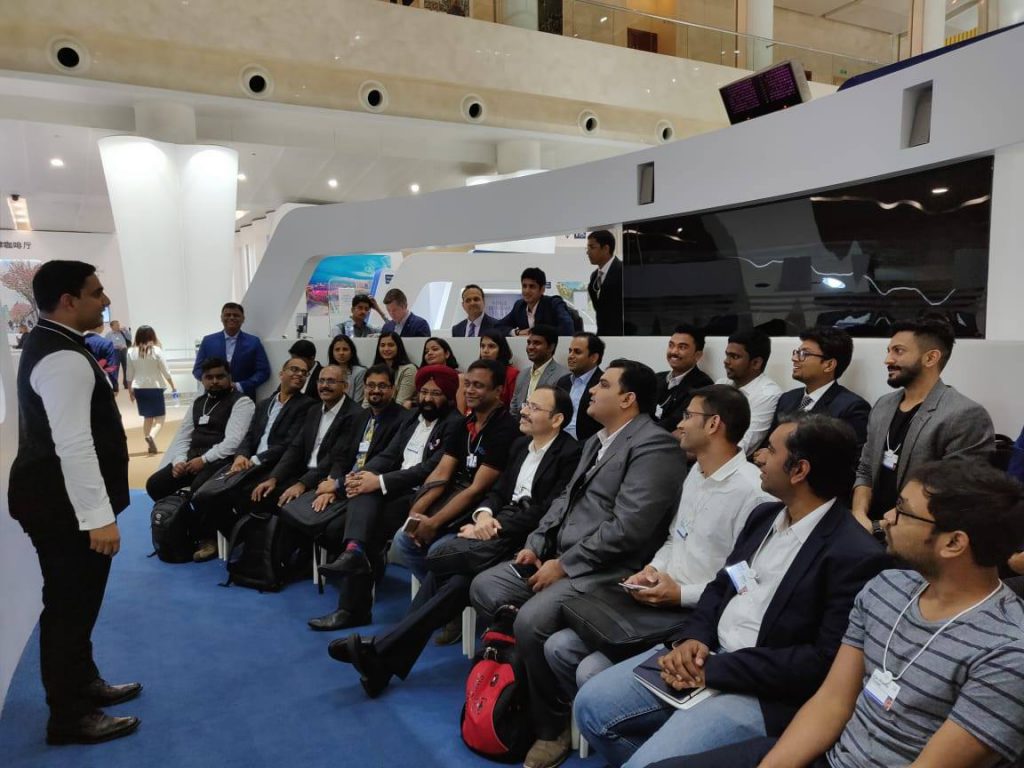 IT Minister of Andhra Pradesh addressing the gathering

The team met on the 17th, the day before the event and we got a tour of the event by the organisers. It was a tightly packed schedule and we worked on our strategy to meet as many as possible. It was great knowing the other 14 startups that made the cut and these connections as much key as the other contacts to be made in the conference. The World Economic Forum is also creating a new closed social network called the Uplink where we will meet our peers across the world in a curated, moderated setting.

On the 17th evening, we got an invite to a closed door networking session [thanks to the persuasion of Guneet and Nayani] and for me this was the most productive session of the event. The casual setting with cocktails got a number of influencers together. I made two productive connects with an Italian and an Mexican company — and even if one of them turn out, it would more than be worth the entire trip. 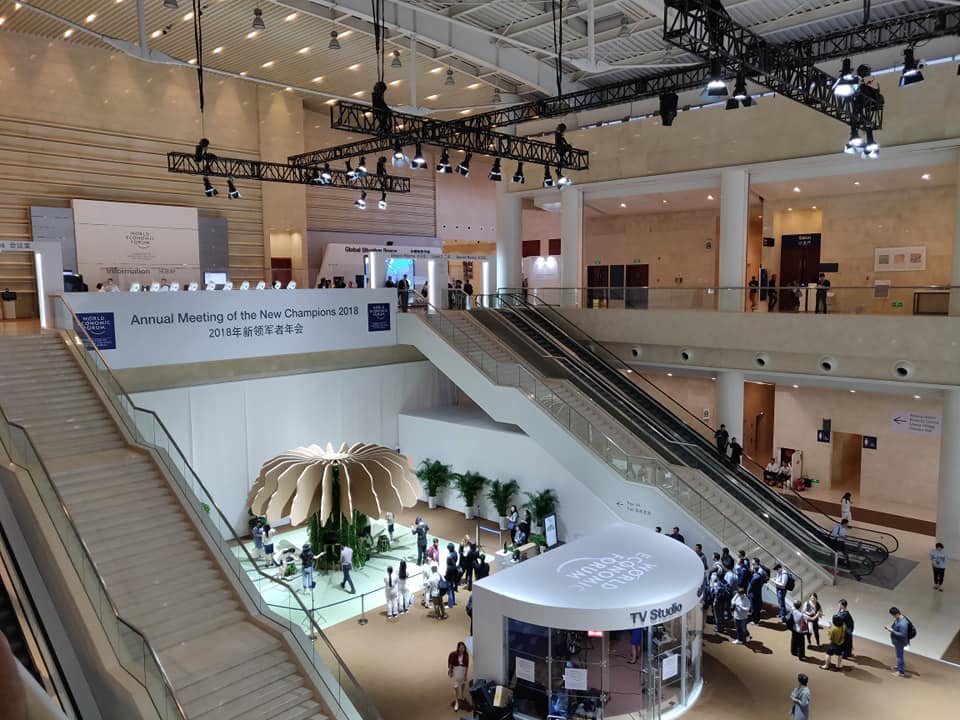 The next morning, it was a series of back to back sessions. We were running from one thing to an another and I got to sit through at least 6 sessions. One of them was a robotics session where I met a competitor and exchanged tech ideas and market potential. I also met two other companies over the course of the day from whom we could be buying technology for improving microphones and 3d mapping.

I made a productive contact with WEF’s head of retail market analysis and in the following day we had a detailed discussion on our value proposition and the tactical ways we can penetrate into the US retail market.

After the talk sessions we met the Global Shapers from India — a group of young folks selected by the WEF for their potential to change the world. It is fascinating to see so young people doing so much. We then met the Andhra Pradesh minister and followed by a Cultural Soiree at the Renaissance hotel — where there were more networking opportunities. 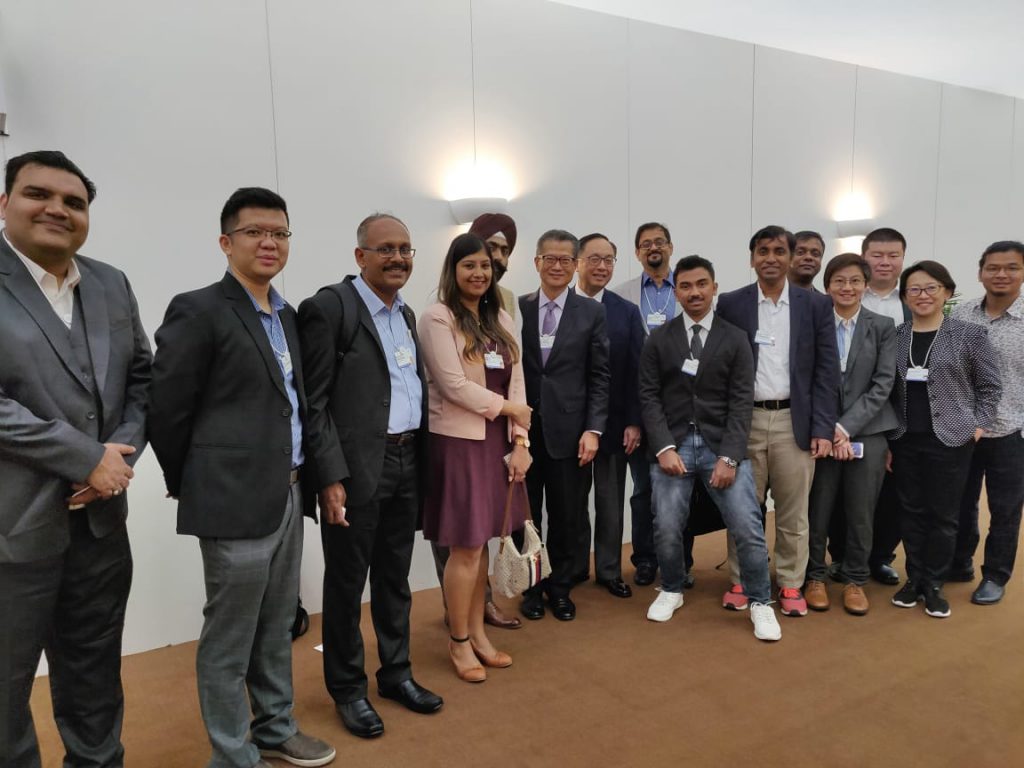 With the delegation from Hong Kong

The second day of the event begun with our delegation meeting the Secretaries [ministers] of Hong Kong. They brought their delegation and we got connected to their top startups. The great thing about the WEF is the ability to meet top government officials as though it was an ordinary thing. We also got to meet the Bahraini delegation and had an informal pitch session to a VC fund from India.

The official session began with a talk by the Premier of China  and later we had an intro to WEF given by its founder Karl Schwab. It is fascinating that at 80 he looks so agile and connected to latest trends. I wish I had half that energy and agility 50 years from now. 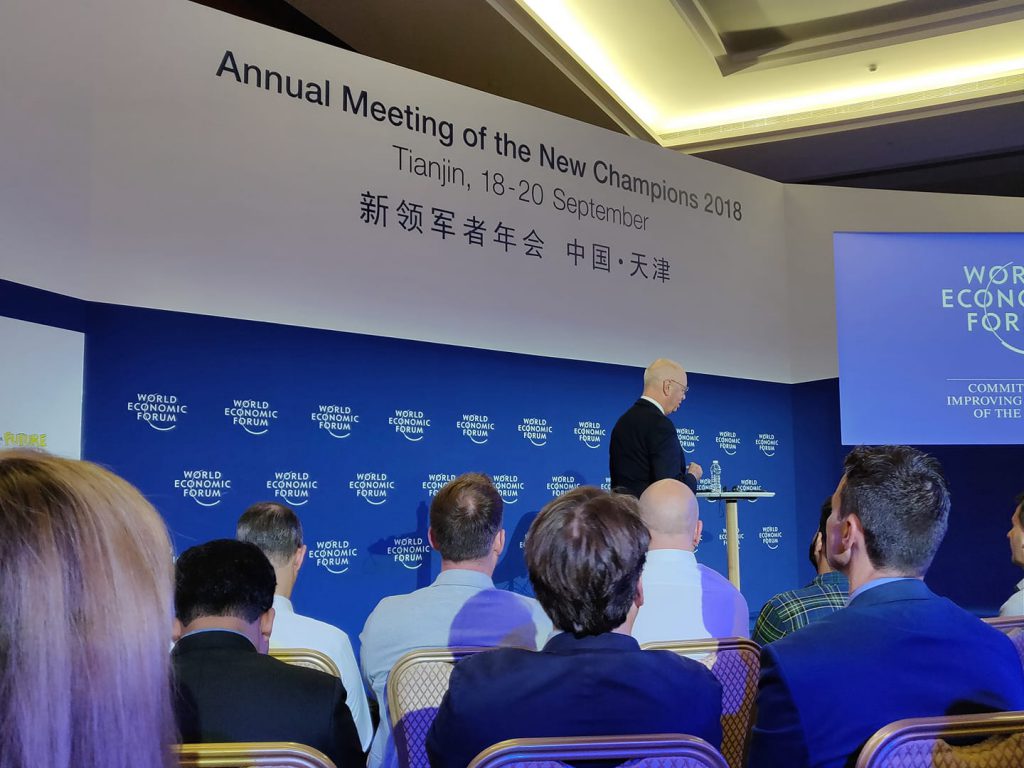 At the end of the day we met with the Swiss accelerator and got to hear their startups, as well as details about their Swissnex program of exchange.

The third day was light and many were already leaving for their homes. The day started with Jack Ma’s live interview and one of the highlights of the conference.

On the whole it was productive 3 days:

I thank DIPP and Startup India for funding us. It has been a fascinating experience.