Karnataka is globally recognised as the IT and Bio capital of the country with Bengaluru being branded as the most dynamic city in the world. With the boundless support showered upon by the Government of Karnataka, the state and the city offer the most conducive ecosystem for startups to ideate, innovate and invent for a smarter future.

“The science of today is the technology of tomorrow”

Bengaluru Tech Summit has always been a gathering foreground for all those who thrive on businesses that leverage technology. Over the last few years, the summit has become a global catalyst, introducing next generation innovators to the market place & shrinking borders to bring world technology to Indian soil. A conducive stage, where industry experts share their insights on technological advancements in varied sectors and where businesses create fruitful cross-linkages to further their growth in the realm of IT and BT.

Journey of Mitra & Mitri to the Summit

Mitra & Mitri was specially rented out by the event coordinators for the Summit and it represented the panel of guests at the inaugural ceremony of the Bengaluru Tech Summit 2019. The guest panel consisted of higher officials from Government of Karnataka namely Shri B S Yediyurappa, Honourable Chief Minister of Karnataka, Dr. C N Ashwath Narayan, Deputy Chief Minister of Karnataka and the Chief Secretary of Government of Karnataka. Also the panel had Tech giants of Bengaluru namely Shri Kris GopalaKrishnan, Co founder Infosys and Founder Axilior Ventures, Kiran Mazumdar Shaw, Founder Biocon India also graced the event.

The robots are taken to the exhibition hall after the inaugural function and is made to interact with the visitors to the exhibition. Everyone was the blue moon after seeing the robots at the summit and started taking selfies and group photographs with both Mitra & Mitri. Even people started to tag the robots in their social media accounts and posted the picture with #selfiewithMitra, #selfiewithMitri 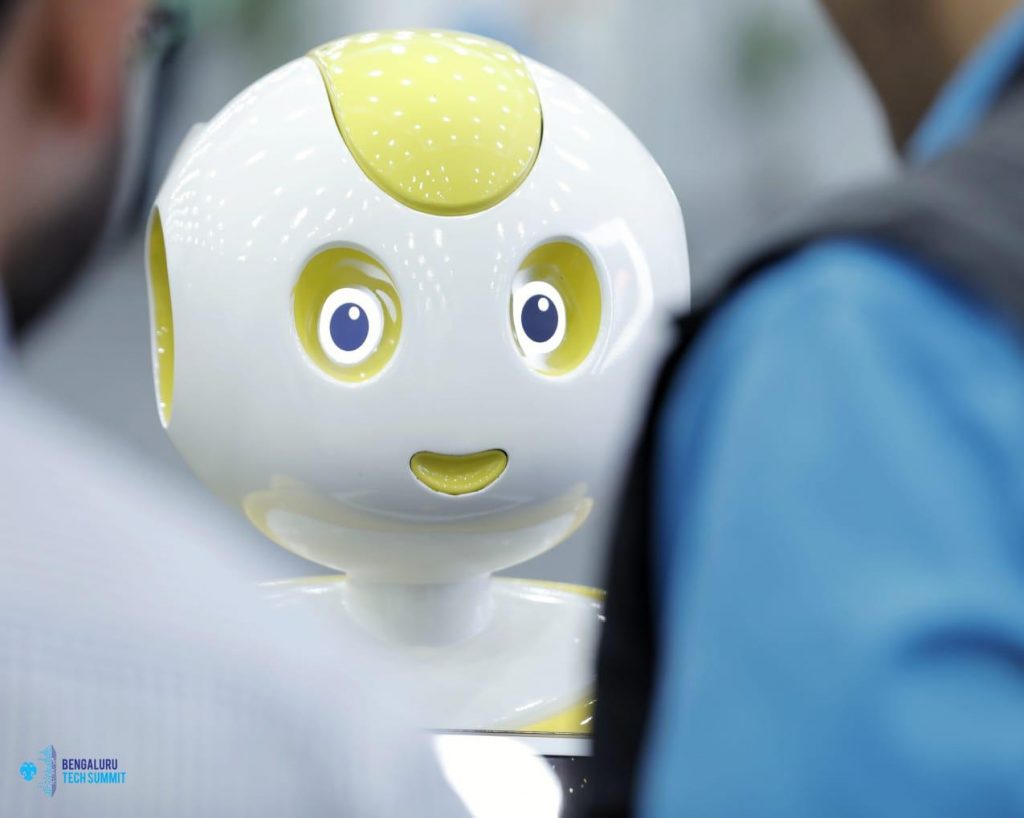 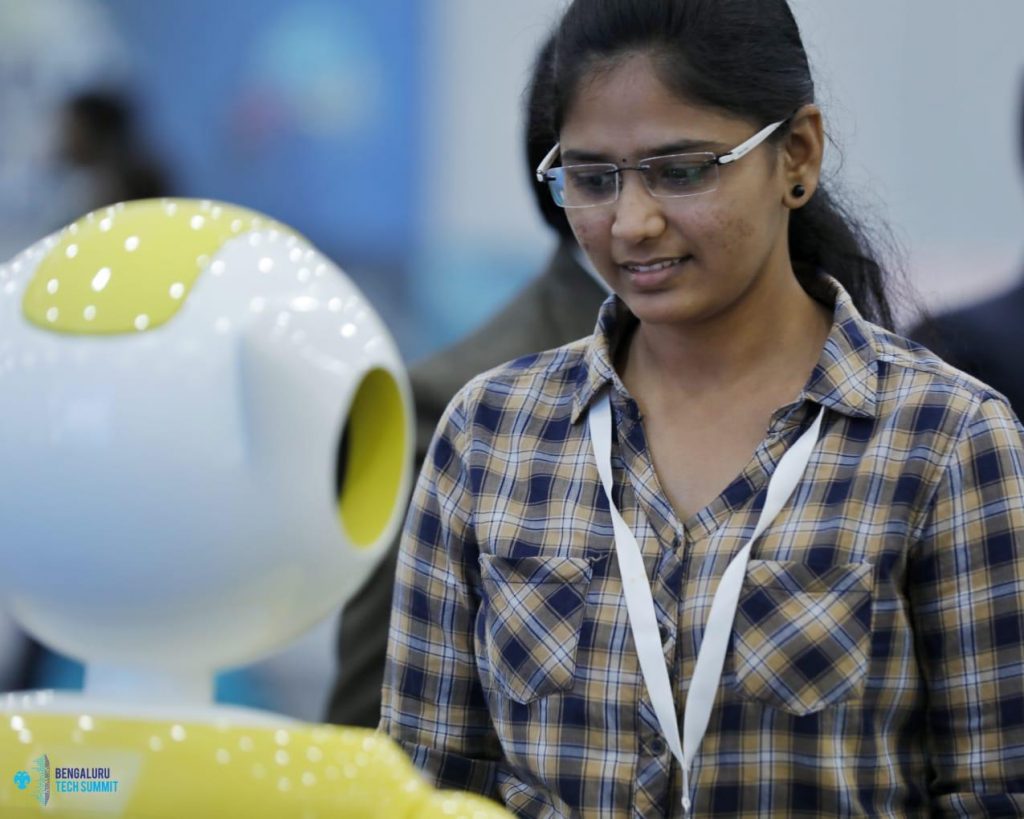 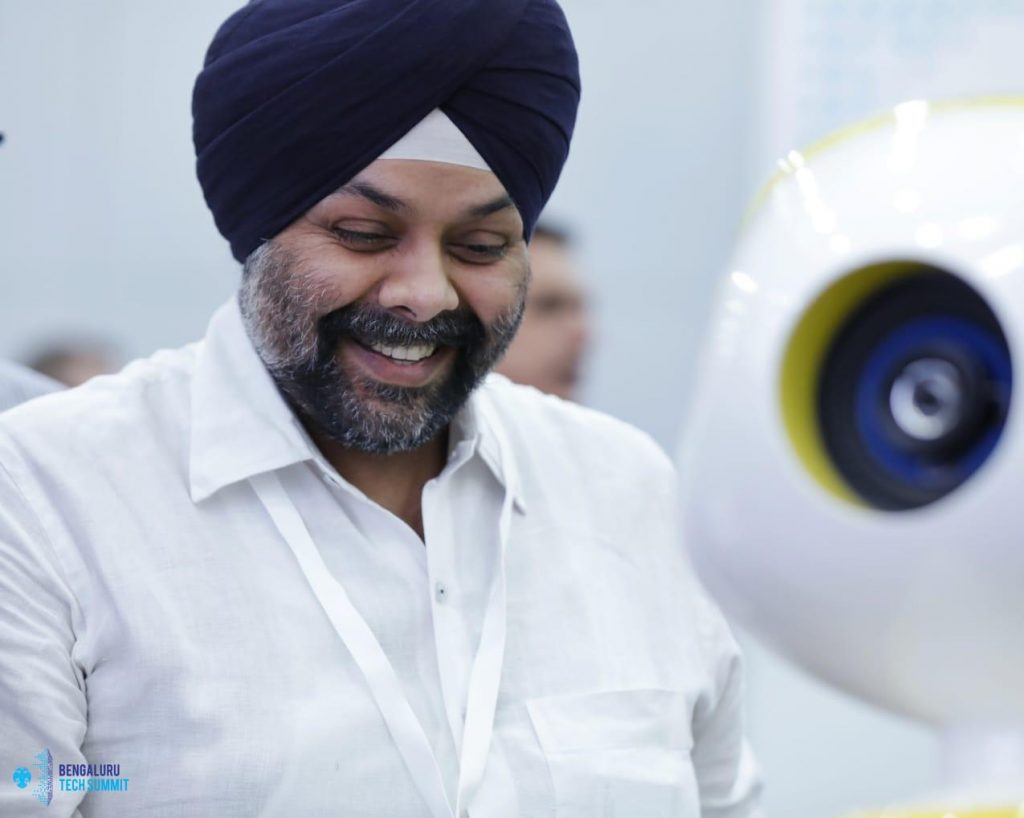 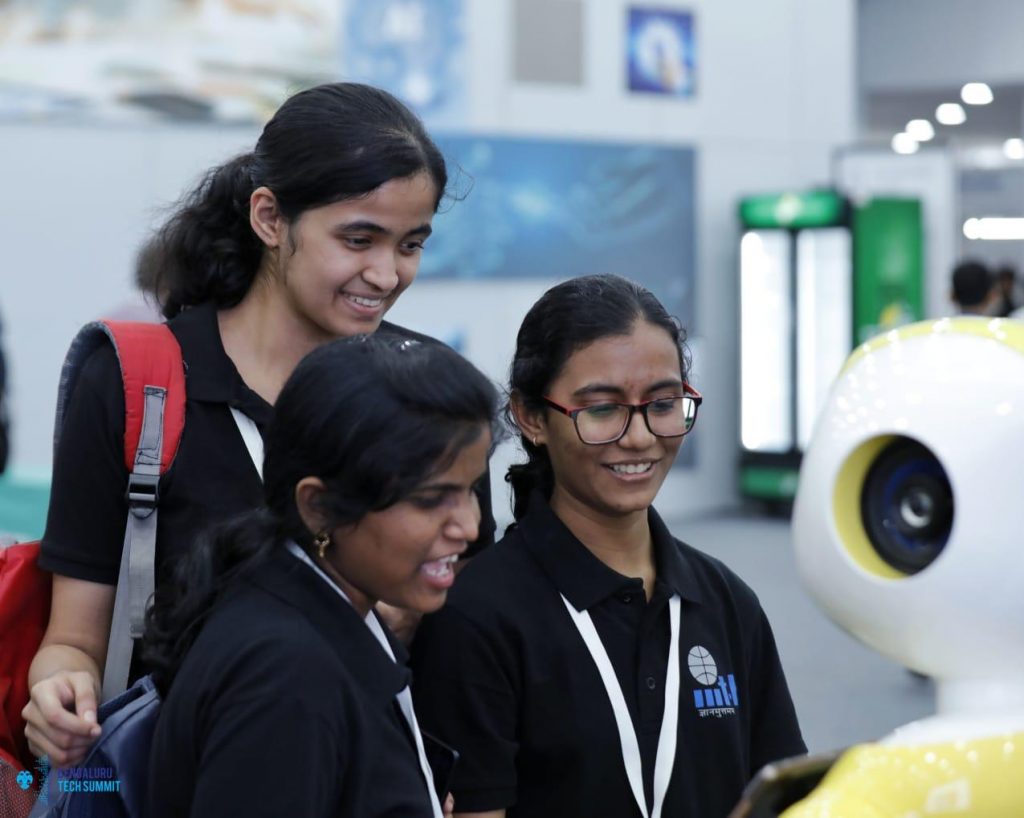 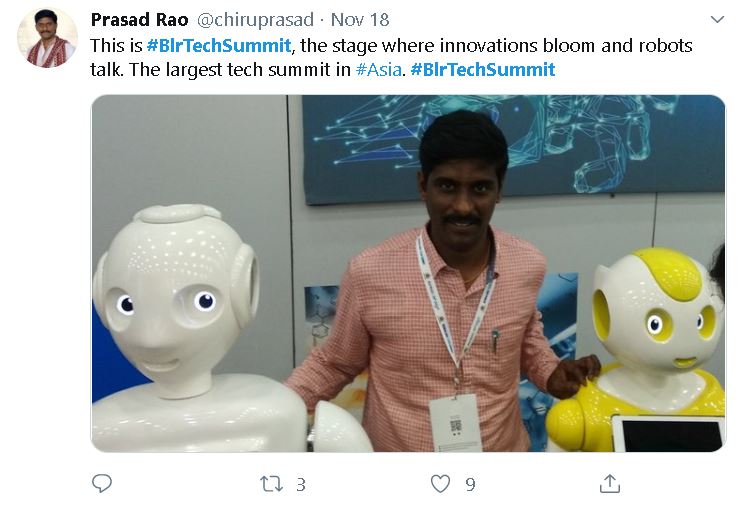 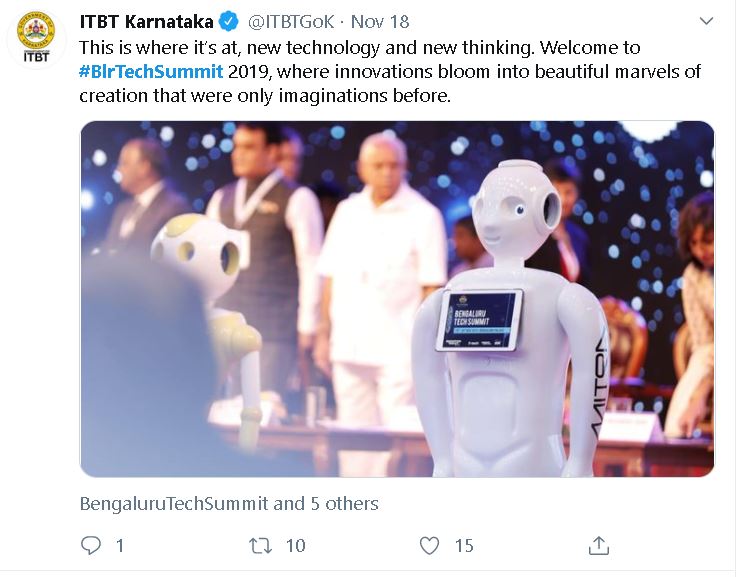 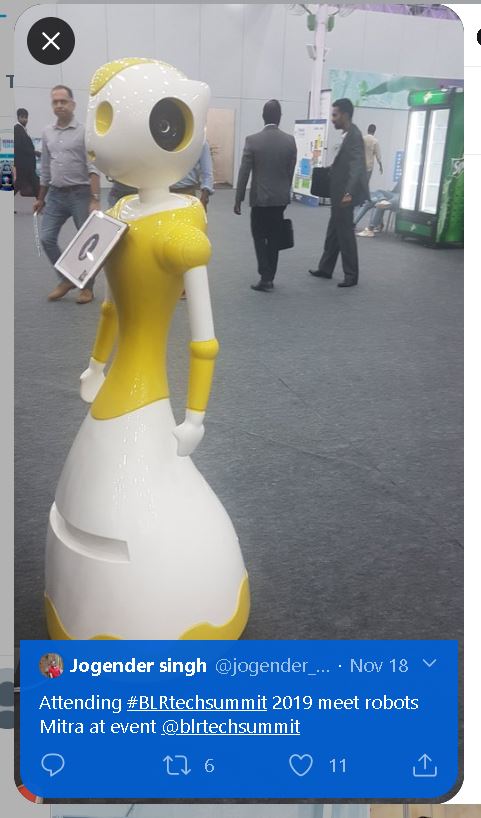 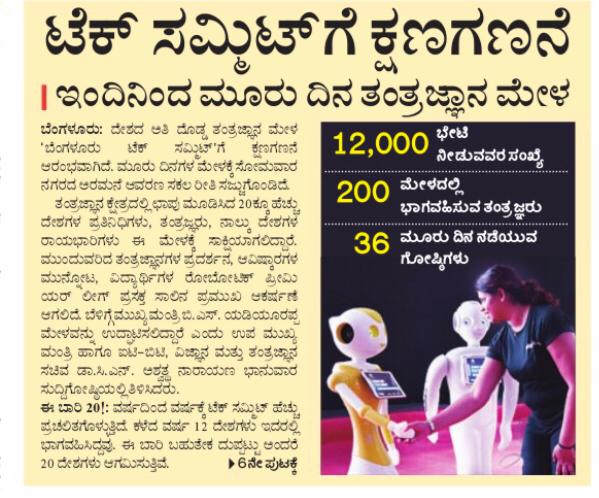 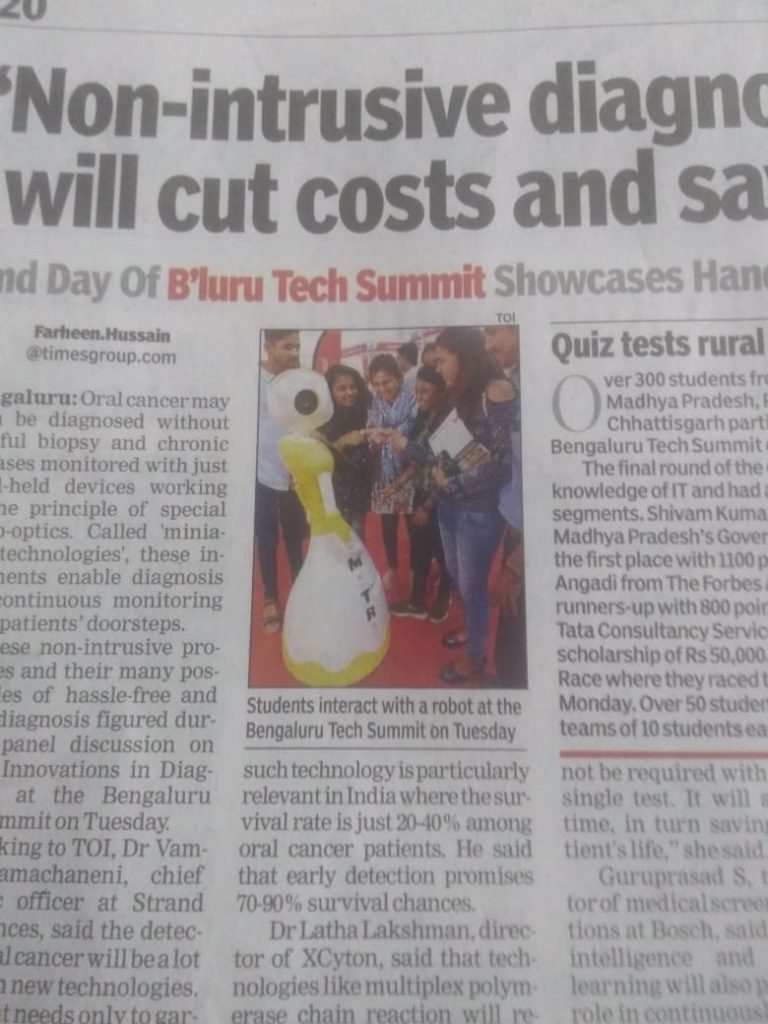 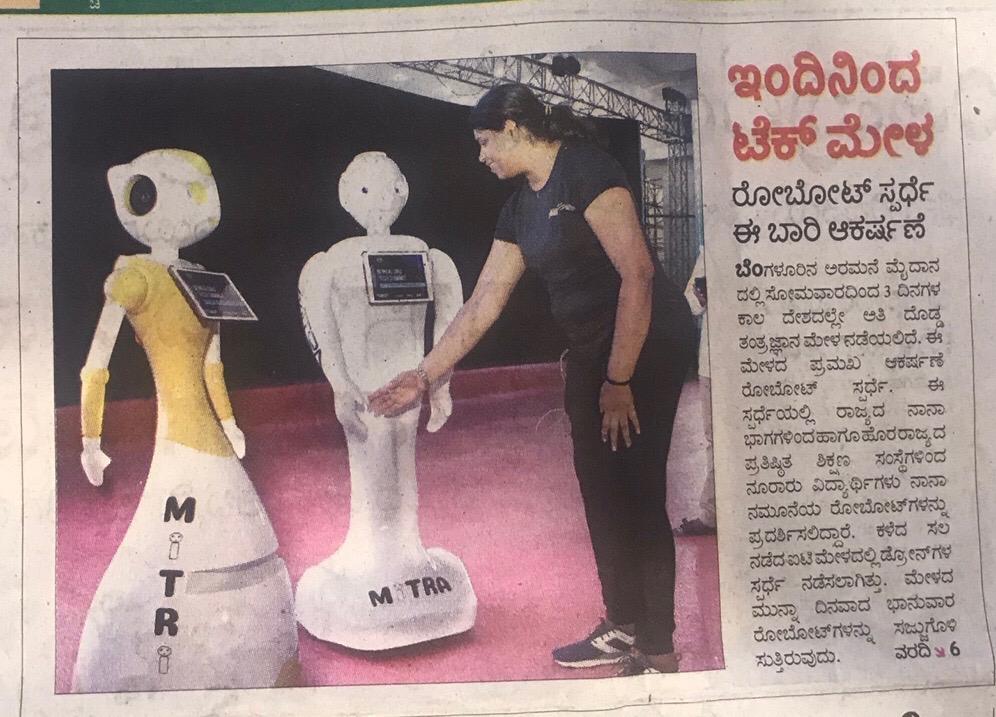 What are you waiting for??

About the Author: Shravan Raghavan

A PGDM graduate in Marketing, who is especially set to run digital marketing campaign for the organisation. Also primarily responsible to train the Robot according to the client's requirement.