Case Story: A store launch turned into a massive success with robots

Marketing is about creativity. Whichever brand does things in the most unique manner, wins the brand race.

There are a number of examples which can elaborate on his fact further. Running flash mobs, quirky posters on highways and public places, memorable ad campaigns on television as well as social media campaigns serve the purpose of grabbing the eyeballs very well.

However, what would you do when there’s a store launch, a low key one, planned in a venue where any kind of promotion or advertisement is prohibited.

It’s difficult to come up with an idea, isn’t it?

But, it wasn’t an impossible task. At least, for one of our clients who put the “think out of the box” concept to use and came up with a brilliant solution to the entire problem.

The idea was to use a robot to spread the message!

Mrs Lekha, the founder of a start-up focused on healthy eating, came up with a brilliant idea of getting Mitra – the humanoid robot, to spread the word about her store launch. 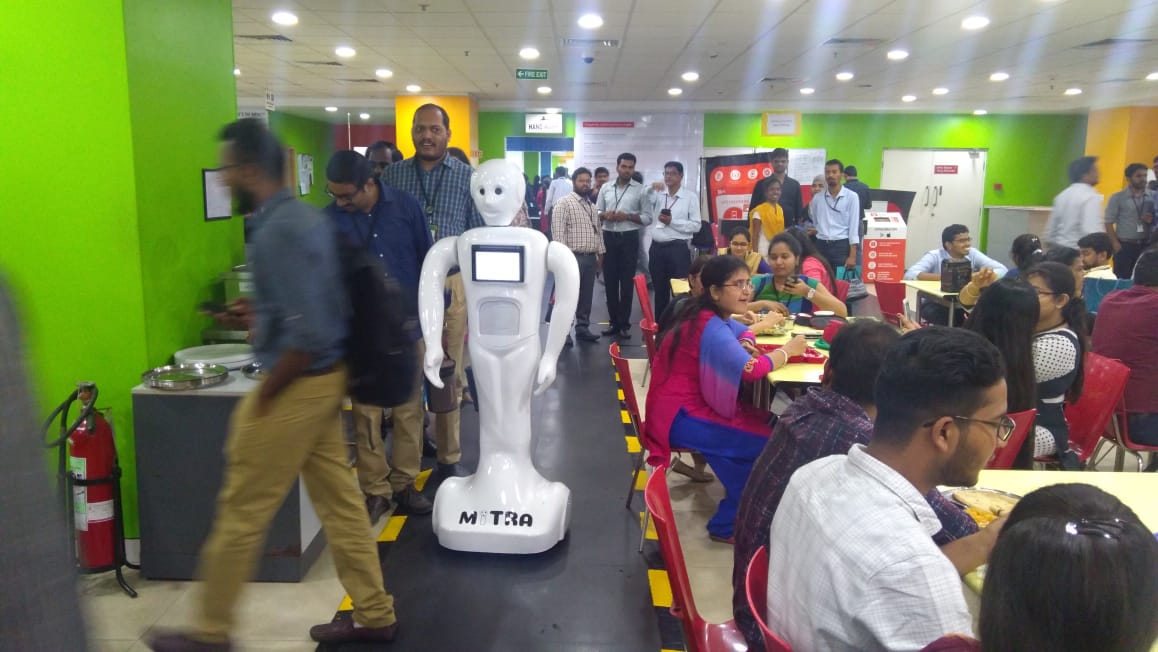 There was no direct promotion involved nor did she try to market or sell her brand to the people. She just grabbed the eyeballs using Mitra that roamed around the cafeteria area of the tech company for the entire day, answering basic questions and shaking hands with excited employees during lunch & tea breaks.

The word about DietLabs eventually spread as they tried to know who brought the robot. Eventually, no rules were broken and a store launch got all the necessary attention required on the first day of its operations.

The exciting part of this entire event is the robot ‘s ability to engage potential customers. It was also a quirky marketing success even though we cannot call it one.

This is becoming a flourishing trend across Europe and India is also adopting it, although slowly. HDFC bank (Koramangala), PVR Cinemas (Bangalore and New Delhi), Indian School of Design and Innovation (Mumbai) have successfully deployed Mitra to enhance their customer engagement and boost sales.

Any place big or small, robots have shown the ability to successfully garner the attention and help brands with sales and customer engagement. Retail malls, banks, airports and even old age homes – you name any place with significant footfalls and robots can brands create an impact on the potential buyers.

About the Author: Veeran Rajendran